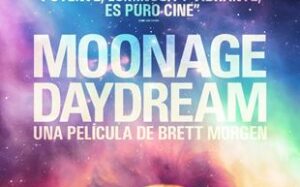 Life, songs, performances, disguises, interviews, videos, films, visions of one of the greatest rock stars of all time, David Bowie, prolific artist with a thousand faces, key figure of glam culture in the early 70s, experimenter with Brian Eno at the end of the decade, an icon of pop and cinema in the 80s, always at the center of the scene, always magnetic, always unique. Assembling four decades of archival material, the film creates a visual and sound flow that accounts for the complexity of a musical genius and a symbol of mass culture.
Who was Bowie, the documentary by Brett Morgen says it through his whirling rhythm and his very rich editing: an excessive artist, a musician with infinite resources, a surprising exhibitionist, an icon impossible to define, at the height of its splendor in all its manifestations .
“Bowie cannot be described,” Morgan said of his documentary. “Bowie can only be lived, which is why we built Moonage Daydream in such a way as to turn it into an experience to be lived.” Nothing could be truer than in front of a film that for two hours and twenty minutes draws you into the world of an overwhelming artist on stage, on the screen, in a television studio and wherever you could see a space in which to perform, transform yourself, tell yourself.
Who was Bowie ?, is heard at the beginning of the film. A genius, an alien? What follows obviously does not give answers, or rather it gives many, one for each disguise of the star, one for each phase of the musical career, from the early 70s to the end, to the months before his death in 2016.
Using archival video and audio material, focusing primarily on live performances restored for the occasion and 48 remastered songs, Morgan and his collaborators – who since 2017 have had access to the Bowie archives made available by the family – build a a seamless flow that never leaves its grip on the viewer: the myth-Bowie has descended in the time of his performances, with the public in raptures at concerts or the TVs interviewing him with a tone between the admired and the suspicious, and is at the same time projected into the past of the history and art of the 1900s (the initial editing on “Hallo Spaceboy” is extraordinary, with images from Metropolis or Nosferatu mixed with psychedelic visions) and into the future that his mask hinted at, and a little even fear.


Notice :”LinksOutside.com” is a directory of external links and its descriptions submitted by users.We are not responsible for privacy or copyrights issues of external contents

The Man Who Walked Around the World 2020